Company has studied the project carefully to provide a real estate product matches the strong competition in New Capital, says Ahmed Elghrory
Company has contracted with MRB as a consultant to manage and operate the project and MTA office is an engineering consultant, says Ahmed Samir
The Glouvre Side Business Tower is a continuation of a series of our previous successes in New Cairo

We plan to develop new projects with investments worth EGP 700m in 2022, says Hossam Elghrory

CGD Development announced the launch of its latest project in New Administrative Capital, Glouvre Side Business Tower, with a total investments worth EGP 500m, during a press conference attended by company officials, real estate marketing companies officjnials, and a group of media professionals and journalists.
Khaled El-Sallab, Chairman of CGD Development, said that the company is launching this distinguished project with an experience of up to 30 years in field of real estate development and investment. During this period, CGD was able to develop various residential, commercial and service projects.
El-Sallab added that the New Capital is one of the smart fourth-generation cities in which investment is an opportunity for every developer, and acquires a strong demand by customers, which will increase in conjunction with the high construction rate as well as the government move to the New Capital.
He noted that the company aims through its new project to provide a distinguished real estate product in all its details.
He pointed out that the company was able to acquire a distinguished position in real estate market during its existence due to its focus on providing different and unique real estate products, engaging on demands of customers. Besides, focusing on after-sales services to maintain the project’s investment value and maintain the highest quality in the project, as well as customers’ trust in the company.
Ahmed Elghrory, Managing Director at CGD Development stated, “All project details have been carefully studied, in order to present a product that takes into account strong competition standards in the New Capital, which supports the company’s plan to provide strong competitive advantages in the project, including adding advantages in operation as well as advantages in the project facades such as lighting reflectors that maintain the highest standards of sustainability and energy savings in the project. At the same time, giving an aesthetic value to the facade of the project.
Elghrory pointed out that since the first day of the company’s inception, its goal was to leave an architectural and investment imprint in real estate market. In addition to, focus on beginning construction before marketing, which reflects strong financial solvency, as well as, enhance the confidence of customers in the company through a tangible presence of the project before the sale. Furthermore, the presence of realistic models of units that the customer can see before purchasing unit.
He noted that the company has already implemented this principle in its new Glouvre Side project, which has already being constructed before it was officially launched, as the project earthworks have begun, which adds to the project’s competitive advantages.
He pointed out that the project is located in a strategic location, as it is located in the northern part of the Downtown area near the government district and the presidential palace, minutes away from the financial and business district, the Green River and the regional ring road.
The project also features a unique design in modern architectural style, inspired by one of architectural designs of the international designer, Zaha Hadid.
The company has a strong precedent in developing its own projects and projects for the benefit of others through its experience in field of contracting and launching various projects such as power stations and residential projects, which are diverse and accumulated experiences that the company makes use of in its new project.
Ahmed Samir, Vice Chairman of the company, stated that the project enjoys two views, one on the western axis of the Downtown and the other on the central garden.
Samir said that the project consists of a ground floor, 12 floors, and 4 floors of an underground garage, one of them is hydraulic. Moreover, the project has several entrances for both the administrative and commercial properties to add more privacy, fluidity and sustainability.
He added that engineering consultant, Mohamed Talaat, was contracted as a consultant for the project, and the MRB company was contracted to be a consultant for the operation and management of the project.
The CGD Development has contracted with MRB before constructing the project so that they can follow up all project designs and service points to allow modification before construction works to avoid any future errors and review activities in commercial units in order to achieve integration between them.
He pointed out that management is one of the strong elements that maintains the strength and distinction of the project and maintains clients’ investments in it, as well as maintaining it as a distinctive mark in the company’s previous business history, consequently, the contract was made with one of the project’s strong management companies that has long and distinguished experience in project management.
Mohamed Abdel Azim, Board Member and Project Manager, pointed out that the Glouvre Side project is a continuation of a series of previous successes that the company made in New Cairo. Accordingly, the company continues this success in its new project, as the company aims to be ahead of specified schedule of the project constructions.
He noted, “I’m responsible to the company and clients for the specific schedule with clients, which was set based on strong studies and the company’s commitment after ensuring its ability to precede this schedule, which enhances clients’ confidence in the company, and maintains its credibility with clients.
Hossam Elghrory, CEO of CGD Development, elaborated that the company’s expansion plan during the coming period targets commercial and service projects in New Capital and New Cairo.
He explained that the company owns a real estate portfolio that includes various lands in New Cairo, revealed that the company’s second project to be announced soon.
The company plans to develop commercial and mixed-use projects in New Cairo and New Capital in the current year with investments amounting to EGP 700m, Elghrory concluded. 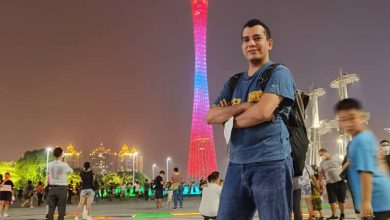 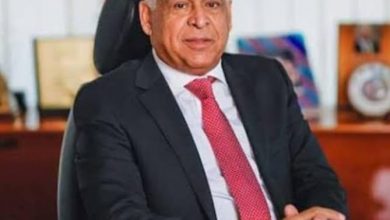 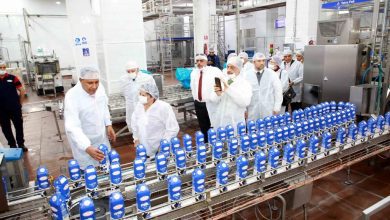