Sameh Awwad: Start of the contracting works for “Uni Tower” projects in cooperation with “Amac Construction” and “Archrete” the construction consultant

UC CEO: Contracting with “Namaa BFM” and “Meadis” alliance to manage and operate the “East Tower” in the CBD area

As part of its strategic plan to implement its projects according to the highest standards of construction and sustainability, UC Developments signed in a large press conference today, a number of contracting, construction, management and operation contracts for the company’s projects in the New Administrative Capital with the most prominent construction, contracting, architectural designs, management and operation companies in order to start implementing its projects within the scheduled timetable set by the company.

As the company signed a contracting contract for the construction of both projects “Uni Tower 1” and “Uni Tower 2” in the Downtown area with “Amac” construction company and Archrete Engineering Consultant, which has a distinctive architectural design for the two projects as a construction consultant for them, in addition to signing an agreement with each of the company Meadis “Wael Shawkat” and Namaa BFM Company to manage, operate and maintain East Tower project in the Central Business District in the New Administrative Capital.

Sameh Awwad, CEO of UC Developments, pointed that the company signed these agreements after extensive studies to choose the best success partners and contract with the largest experts and consulting and executive companies in the Egyptian market to start construction works in both projects “Uni Tower 1” and “Uni Tower 2” projects, within a contracting contract was signed with “Amac Construction” to start the implementation of the projects “Uni Towers 1&2” and signing with Archrete Archrete Engineering Consultant as a construction consultant for both projects, within the strategic scheduled timetable set by the company since its launching in the Egyptian market to implement the project, indicating that the two projects (commercial – administrative – medical – hotel) are in one of the most distinguished locations in the Downtown, with a total built-up area of ​​11,000 square meters for each project in one of the most distinguished locations in the Downtown area in the capital, with a distinctive and direct view at Al Masa Hotel and near various vital and entertainment areas.

He pointed that each project consists of 11 floors, explaining that the company decided to combine the two projects together as one entity with the same engineering design so the two projects can complete each other in a dazzling aesthetic form, within the biggest Open pLaza in the Downtown area in the center of the project, which exceeds approximately 2000 meters with a dancing fountain designed according to the latest international standards.

Awwad pointed that the company signed a management, operation and maintenance contract for the company’s main project “East Tower” , with “Namaa BFM” and “Meadis” Wael Shawkat to manage and operate administrative and commercial projects, aiming to ensure the highest quality of project operation, noting that East Tower project is distinguished with its unique design as it is considered one of the most important projects in the CBD Central Business District, which was designed according to the highest international standards as one of the longest administrative, commercial and hotel towers that match the largest towers in the world in the Administrative Capital with a direct view on the iconic tower, and in front of the world’s longest flagpole directly in front of the Green River and in a privileged location on four facades on the main streets, with a height of more than 160 meters and a frontage on the main street of the Green River, with a width of 125 meters.

Awwad added that in order to keep pace with the area’s development plan, which is distinguished from the rest of the capital, it was necessary to think about developing a project commensurate with the size of the surrounding area in accordance with the highest international standards and specifications to meet the needs of major international companies and achieve their desires to obtain administrative, commercial and hotel units comparable to the largest administrative towers in the world, in addition to signing with a large entity capable of managing this giant project.

Eng. Amr Afifi, Chairman of AMAC Construction, said that signing the contracting contract with UC Developments is an addition to the company, especially that the company’s projects are among the very distinguished projects in terms of architectural designs, which will be an addition to the company’s record of distinguished projects, pointing that AMAC Construction is working In the Egyptian market for more than 25 years, and its vision depends on the implementation of its work with an innovative thought and at the highest level for a number of real estate projects through qualified cadres and highly qualified professionally to accomplish and develop business in a very distinct manner for all the projects implemented by the company over the past years, pointing that the company provides a number of services related to architectural designs, interior designs, landscape design and all finishing works besides construction and building as a kind of diversity and excellence to achieve integration in the field of building and construction, and to implement projects according to the highest standards and modern specifications for construction, which align with the idea of ​​sustainability and the establishment of smart, sustainable buildings in accordance with the strategy and directions of the state.

Mohamed Samir, CEO of Archrete, indicated that cooperation with UC always requires a double effort to produce unique and new designs of their kind, and this is that distinguished them in the Egyptian market, in addition to designing East Tower project, which will be a distinctive landmark due to its unique architectural design in Egypt and the Middle East.

Eng. Mostafa Sobhi, CEO of Nama BFM Company, said that he is happy to sign this agreement with UC, to manage and operate East Tower project, noting that despite the short period during which UC was launched, it gained a very big place in the Egyptian market, and this is a natural result due to the experiences of its owners extending for about 25 years in the market, besides realizing the importance of specialization and choosing the best partners to implement this matter, pointing that Nama Company has experience extending for about 20 years in the field of management and operation of administrative buildings, during which the company achieved great successes, noting that Namaa signed a joint cooperation contract with Miads Company To manage and operate the commercial sector in the administrative buildings of Namaa BFM Company for project management, which is a strong addition to the market and meets the current market needs.

Wael Shawkat, CEO of Meadis, added that cooperation with Nama BFM Company in managing commercial and administrative projects is a great addition to it towards prospects of cooperation, whether local or regional, and it is a starting point towards integrated management for projects with an administrative and commercial nature, and Mead is will manage the commercial part in East Tower, which makes the general project identical, which will lead to the completion of the system in a distinctive way and achieve the goal of UC to implement an integrated project with services comparable to the largest towers in the world, pointing that the New Administrative Capital project achieved a global urban renaissance for Egypt and led to ranking its projects globally, and this giant national project attracts the world’s attention and became a magnet for attracting foreign and local investments. 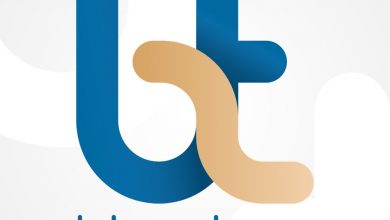 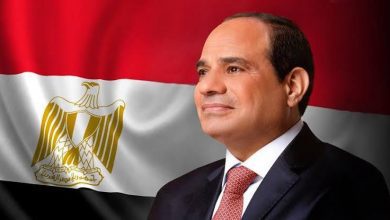